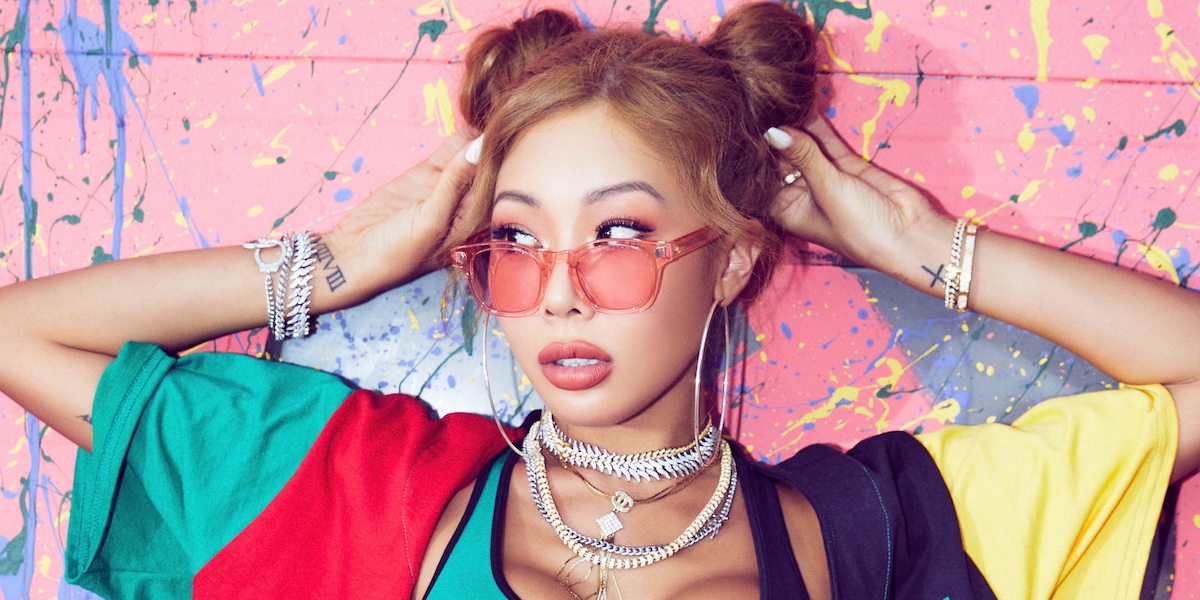 How far would you go to pursue your dreams? For Jessica Ho (aka Jessi), South Korean solo artist, it was a plane ride across the Atlantic from New Jersey to Seoul at the tender age of 14. At such a young age, many of us would still be unsure of our future careers but for Jessi, she has already made up her mind of joining the entertainment industry as a singer. The path towards success hasn’t always been easy for Jessi. She had to travel to Korea alone, leaving behind her life in the States to make a name for herself. It was only in recent years that Jessi started appearing more often on Korean variety shows like Running Man, Sister’s Slam Dunk and most recently, How Do You Play.

While Jessi has gained prominence in recent years, she’s actually a veteran in the K-pop industry with 15 years of experience under her belt. Jessi first started off as a singer under the record company, Doremi Media then subsequently she moved to YMC Entertainment, which previously housed artists like Ailee and Wanna One. During her stint at YMC Entertainment, Jessi slowly transitioned to become a rapper. From 2019, Jessi signed with P Nation, a talent management agency founded by Gangnam Style superstar, Psy.

Jessi was born in New York, but grew up in New Jersey and is the youngest of the three children in the family. Growing up, Jessi was often bullied because of her race and being a girl only made it easier for the bullies. However, Jessi was thankful that her two older brothers were alway there to protect her and later on she learnt to stand up for herself.

When Jessi moved over to Korea, she stayed with her grandmother and was enrolled in Korea Kent Foreign School. At the international school, she was schoolmates with former Girl’s Generation members, Tiffany Young and Jessica Jung. For a period of time, Jessi was even a trainee at SM Entertainment but left because she felt the company’s style of music wasn’t compatible with her.

Growing up in the 90’s, Jessi was heavily influenced by the colourful hip hop culture in the states and has even referenced the era to be the “golden age” of the hip hop genre. Listening to  artists like Jay-Z, TLC, Mariah Carey, Whitney Huston and Biggie helped mould Jessi’s unique music style.

She first debuted with a single album called, Get Up in 2005 and from there on she would spend the next decade as a solo act under the moniker of Jessica H.O. From 2014, Jessi was part of a hip hop trio called Lucky J for two years before going solo again as Jessi.

Below are some of Jessi’s hit songs:

Keeping It Real And Authentic

Jessi’s popularity had a meteoric rise after participating in the reality competition show, Unpretty Rapstar, where she had to compete with contestants who were much younger than her. Despite not winning the competition (she came in second place), Jessi’s strong performance and charisma won the hearts of the viewers. It was also on this show that Jessi encountered her first controversy, where many people thought she was too confrontational.

Pharrell Williams Reveals The Secret To His Seemingly Ageless Skin

While many would comment that Jessi was being too harsh, I believe that’s what sets her apart from the other idols because she was not shy of speaking up her mind and keeping it “real” and “authentic”. Her candid character is a breath of fresh air in the K-pop industry where many of the idols appear to be so curated that it seems like they are hiding behind a mask. Not to mention, Jessi is also hella funny!

Jebbies is the fandom of Jessi and in multiple interviews she has always expressed her thanks for her fans who are always supporting her. She would always engage with her fans on Instagram through live streams and even replying and liking their comments.

Despite her strong appearance, Jessi is actually a person who tears easily especially when her family is mentioned. For many of us, we are surrounded by our family members but for Jessi, even meeting her parents was considered a privilege when she was first starting out. Though things got better along the way for her where she could visit them in the U.S, her packed schedules didn’t give her much free time. In spite of all of this, Jessi admits that she will always be her daddy’s “little girl”.

A Shift In Perception

Looking at Jessi’s rise to fame we can see a shift in the perception of the Korean society where once it was highly conservative and unaccepting of foreign influences. It should be made known that Jessi did not change how she conducted herself in Korea, perhaps she toned down her character slightly, but overall, her personality is still the same. What has changed over the years is Korea’s acceptance of foreign cultures into their homogenous society. Society at large is becoming more multicultural due to globalisation and this results in cultural borders becoming more blurred. The soft power of Western media such as Hollywood movies continue to suffuse the Korean society with concepts like diversity, enabling the society to broaden its perspective of the world.