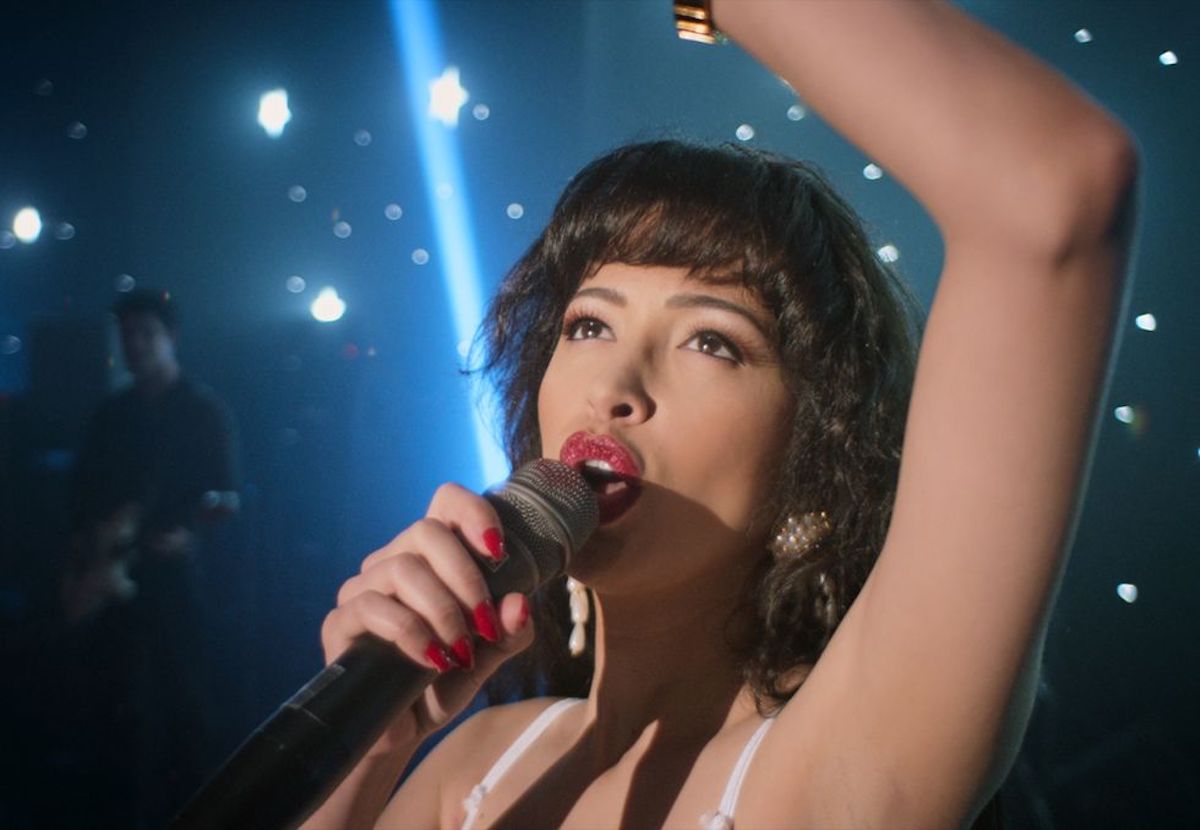 We could fall in love with Netflix’s upcoming show, Selena: The Series, which chronicles the life of late Tejana singer Selena Quintanilla. Nearly a year after news of the project first broke, a new trailer for the series is here, featuring a look of Christian Serratos as its leading lady. Netflix has also confirmed that part one of series will premiere in 2020, a bright spot amid a dark year.

Below, everything we know about Selena and a look at the first footage.

When does Selena: The Series come out?

A first official look at the show confirmed that it will “bidi bidi bom bom” its way to Netflix on December 4, 2020 with six one-hour episodes. There’s no word on how long the second installment will be.

Is there a trailer yet?

The first full-length trailer has arrived, and it features the first sounds of Selena’s signature music, as performed by The Walking Dead star Christian Serratos. Amidst the rhinestone outfit changes and musical numbers, there’s a glimpse into Selena’s family life and how she got her start. “If you stand around and wait for what you want, you’re going to be waiting your whole life,” her father Abraham says. “You have to go and get it.” The late singer’s close bond with her sister and drummer Suzette is also on display. At one point Selena explains, “There’s no Beatles without Ringo and there’s no Selena without Suzette.”

Ahead of the first trailer, Netflix released a minute-long teaser and clip of Serratos preparing to play the legendary performer. In that first clip, the actress applies red lip stick, practices her dance moves, and reads pages from the script before taking the stage.

Prior to this footage, fans also got another quick clip of Serratos preparing to play the legendary performer.

What is Selena: The Series about?

The show, which began filming in October 2019, follows Selena’s real-life rise to musical stardom, including her Grammy win for best Mexican-American album in 1994, and her murder at the age of 23.

Netflix describes Selena: The Series as “a coming of age story following Selena Quintanilla as her dreams come true and all the heart-wrenching and life-changing choices she and her family have to make as they navigate success, family, and music.”

Who’s working on it?

Back in August 2019, THR reported that Serratos was in talks for the role of Selena, news that was finally confirmed with Netflix’s teaser video. Serratos is best known for the AMC series The Walking Dead as well as the Twilight franchise.

Stepping into the shoes of a younger Selena is Madison Taylor Baez, who appears in the trailer and teaser video. Additionally, Netflix confirmed the casting of the Quintanilla family, including Gabriel Chavarria (War for the Planet of the Apes) as A.B. Quintanilla, Selena’s oldest brother and the band’s music producer; Chavira (Desperate Housewives) as Abraham Quintanilla, Selena’s musician father; and Seidy Lopez (Training Day) as Marcella Quintanilla, Selena’s mother. Selena’s sister and best friend, Suzette Quintanilla, who becomes the first female drummer in Tejano music history, will be played by Noemi Gonzalez (The Young and the Restless).

“Selena is an inspirational figure who’s transcended generations. At Campanario, we’ve always known it was crucial for this series to find actors with the right mix of talent, charisma, and passion to honour Selena’s legacy and the story of her family,” said Dávila, president and co-founder of Campanario Entertainment, in a statement. “Our casting director Carla Hool and her team have found an amazing cast to depict the Quintanilla family, and we’re sure fans everywhere will be captivated yet again by Selena’s incredible life.”

Is Selena’s family involved with the show?

Yes! When Netflix announced the series in December 2018, they confirmed that members of Selena’s family would develop and executive produce it. Suzette is one of the producers on the project and had this to say when it was announced in 2018:

“Selena will always have a lasting place in music history and we feel great responsibility to do justice to her memory. With this series, viewers will finally get the full history of Selena, our family, and the impact she has had on all of our lives. We are excited to partner with Campanario and Netflix to give fans a never-before-seen glimpse at our story and highlight why Selena will remain a legend for generations to come.”