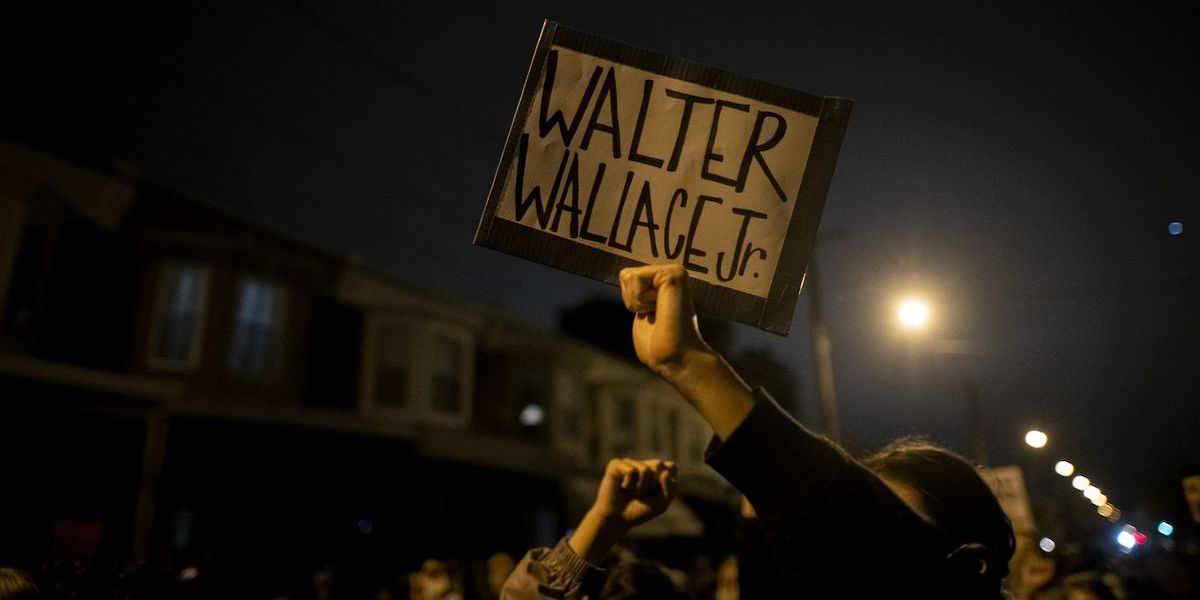 Clashes erupted across the city of Philadelphia on Monday night after police fatally shot Walter Wallace Jr., a 27-year-old Black man. Here’s everything you need to know.

Police reportedly responded to a report of a man with a knife. That man was later identified as Walter Wallace Jr.

Just after 4 p.m. on Monday, Philadelphia officers responded to reports of a man armed with a knife in West Philadelphia. He was later identified as Walter Wallace Jr. by City Council member Jamie Gauthier in this Medium post. Video posted to social media shows police aiming their guns at Wallace Jr. as he walks toward them. The camera pans down to the ground and a dozen shots can be heard. The video shows Wallace Jr. falling to the ground as people rush toward him. One woman screams out, and a man is heard saying: “Y’all ain’t have to give him that many shots.”

Police spokesperson Sgt. Eric Gripp told the Philadelphia Inquirer that officers ordered Wallace Jr. to drop his weapon, but instead he “advanced towards the officers.” Eyewitness Maurice Holloway told the Inquirer his mother tried to shield her son, who did appear to have a knife in his possession. Gripp reportedly told the newspaper that two officers fired several times and, after Wallace Jr. fell to the ground, they drove him to Penn Presbyterian Medical Center, where he died.

Gauthier, who first identified Wallace Jr., wrote in her Medium post that “the whole community is mourning his loss.”

Speaking with the Inquirer, Walter Wallace Sr. said his son struggled with mental health issues and was taking medication when he was shot 10 times. “Why didn’t they use a Taser?” Wallace Sr. asked. “His mother was trying to defuse the situation.”

“He has mental issues,” he added. “Why you have to gun him down?”

Police cars were set on fire, and dumpsters went up in flame as hundreds took to the streets to protest. Multiple businesses were also looted.

Police struggled to contain the crowds, and video posted to Twitter shows officers using batons in a clash with a group on a residential street.

Photos captured by the Inquirer here show the mass protest.

30 protestors were arrested for rioting, assaulting police, or looting.

Ten people were detained overnight for assaulting police or rioting. They are all set to be released pending possible charges, the Inquirer reports. Officers also reportedly arrested 20 other people throughout the city for looting, including in West Philadelphia, University City, Overbrook Park, and Center City.

One officer was hospitalised with a broken leg after being struck by a pickup truck. He is in stable condition, according to the Inquirer. Another 30 officers sustained minor injuries after being hit with rocks and bricks, the newspaper reports.

The police commissioner has promised an investigation.

Police Commissioner Danielle Outlaw issued the following statement: “I have directed the Officer Involved Shooting Investigation Unit to begin its investigation. I recognise that the video of the incident raises many questions. Residents have my assurance that those questions will be fully addressed by the investigation. While at the scene this evening, I heard and felt the anger of the community. Everyone involved will forever be impacted. I will be leaning on what the investigation gleans to answer the many unanswered questions that exist. I also plan to join the Mayor in meeting with members of the community and members of Mr. Wallace’s family to hear their concerns as soon as it can be scheduled.”

In the same press release, Mayor Jim Kenney said he supports a full investigation into the incident after watching video footage. “My prayers are with the family and friends of Walter Wallace,” Kenney said. “I have watched the video of this tragic incident and it presents difficult questions that must be answered. I spoke tonight with Mr. Wallace’s family, and will continue to reach out to hear their concerns first-hand, and to answer their questions to the extent that I am able. The Officer Involved Shooting Investigation Unit of PPD will conduct a full investigation. I look forward to a speedy and transparent resolution for the sake of Mr. Wallace, his family, the officers, and for Philadelphia.”

Philadelphia District Attorney Larry Krasner is also looking into the shooting. “We intend to go where the facts and law lead us and to do so carefully, without rushing to judgment and without bias of any kind,” he said in a statement. “In the hours and days following this shooting, we ask Philadelphians to come together to uphold people’s freedom to express themselves peacefully and to reject violence of any kind.”