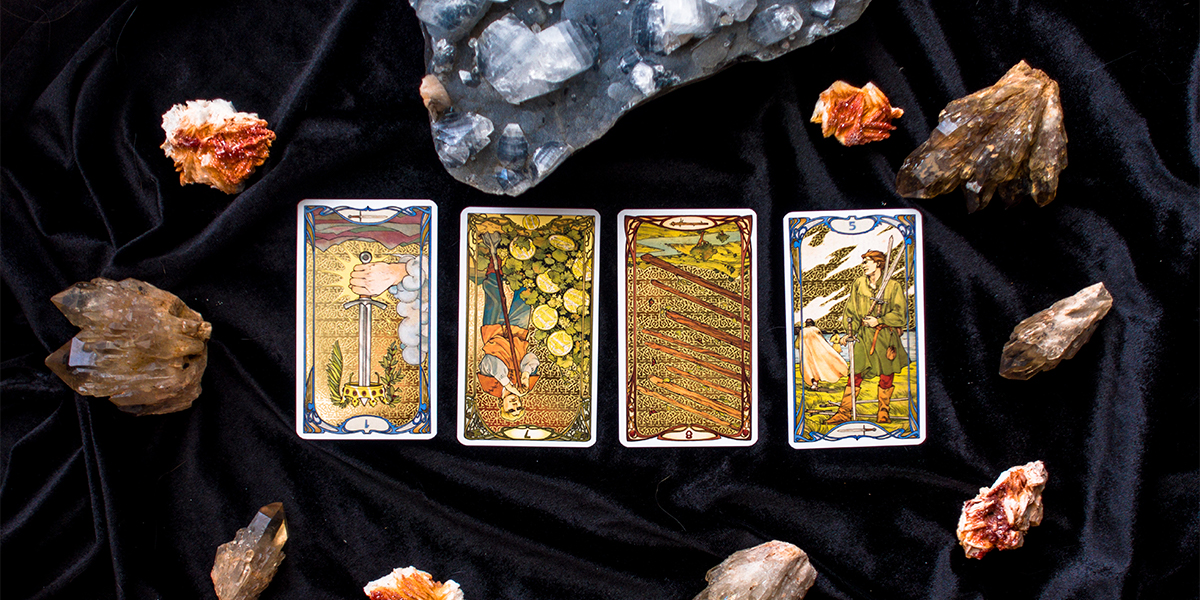 We are entering Scorpio season, and that often means Christmas is coming. With the ever-chaotic Mercury retrograde ending on 3 November, which is Election Day in America, you can breathe a tad easier considering how it will become easier to communicate in the coming weeks. That said, we are not exactly out of the woods yet. Why?

From 3 to 19 November, also known as the post-retrograde shadow (or as astrologers call it “retroshade”), you can expect some confusion and some minor hiccups in communication. Even so, this is a great time for you to retrospect, reflect and tie up some loose ends. You should still remain vigilant, but feel free to commit a big-ticket, make “travel” plans or sign a contract during the retroshade period, which last for two weeks.

The new month is also one that brings in endless possibilities and is bridled with hidden surprises in every corner. Read on to find out what November has in store for you. All you have to do is to pick a tarot card that calls out to you!

Card One: Ace of Swords, Reversed

General: You may have plenty of innovative solutions or ideas to share with those around you, but you might see yourself having difficulty expressing them aloud. If it helps, rehearse in front of a mirror or seek a second opinion.

Work: Things are coming to a stand-still at work. Not because you are burnt out, but because you lack the mental clarity to compartmentalise and delegate work and family (or school and family) duties effectively. Don’t worry or feel frustrated, for this creative block is likely to be short-lived. For job-seekers, you might receive some rejections. Stay resilient and true to yourself, the right calling will come.

Finance: The card, when appeared in reversed, is often a calling for you to recheck your investments and bank statements. There might have been an error or an additional billing somewhere. It can also indicate that you are too invested in making “shortcuts” in your work and family lives. So if you happen to be splurging on gifts to appease an relative or buy favours from your superiors, it is not going to work.

Love: For the singletons, be wary of heading out on dates that may potentially end off as a casual fling or a one-night stand. For those who are attached, some confusion may arise in the month of November due to poor communication. Speak up and out!

General: You might just be working too hard and getting too little recognition for your work. Give yourself a break.

Work: A lot of energy and effort is invested into your career. You want to make a good impression by taking on additional workload. While there is nothing wrong nor negative with lending a helping hand to a colleague in need, you should first think of yourself and contemplate whether you have sufficient resources, such as time and energy, to spare. The key message here is for you to prioritise. For job-seekers, November might be a period of stagnation for you. You may have sent out plenty of resumes and emails, but you will see yourself waiting a fair bit. In the meantime, take stock of the actions that you can commit to to reach the end goal.

Finance: It is likely that you are making a wrong investment that reaps little rewards. Seek a financial advisor, or consult a someone you trust. More importantly, do not listen and succumb to your friend’s influence.

Love: In the realm of love, there is bound to be plenty of worrying. For couples and those who are married, you may see yourself redefining what love means to you and questioning the foundations of your relationships. Take the time to communicate, spend time with one another, and be open. For those who lament on how difficult it is to get partnered or meet someone, you may have been too caught up with other aspects of your life. Free yourself some time and meet new people.

General: Charging ahead without any planning is going to backfire on you. In November, you should slow down and not give in to impulsivity.

Work: Things are unlikely to take off on time, so do expect some delays at work. It can be frustrating as you deal with these delays, but pacing around the room and fretting is not going to work. Instead, you should contemplate and figure out a backup solution or two. More importantly, if you are starting on any new projects, this card is reminder that you should spend more time preparing and researching before initiating any projects. For job-seekers, missed opportunities arise as a result of inactivity or delayed response to messages. The advice here would be to be proactive.

Finance: Slow progress in your finances, such as delayed bills and poor return of investments, can be frustrating. But don’t worry, they will come.

Love: For couples, it is important to take initiative and keep the romance going. For singletons, the card is an indicator that you might meet or date someone and develop feelings for quickly. However, you just might find this feeling waning as quickly as it arrives.

General: Learn to pick your battles and do not engage in self-sabotaging behaviours.

Work: Conflict is likely to arise in your work place so do expect some tension and stress. You may see yourself engaging in some arguments of sorts, the advice here is to walk away and talk things through. You may also be a victim of deception at the workplace too. For job-seekers, avoid seeking your friends’ or relatives’ help to get a position in their work place. Instead, apply legitimately and prepare for the interviews.

Finance: You may feel defeated looking at the losses you incurred from a failed investment or an unexpected bill. Learn from your mistakes and avoid spending on impulse.

Love: In the realm of love, couples should expect some hostility and tension in the relationship. An unresolved minor argument may snowball into a bigger one, so do rectify them as soon as possible. If you happen to be in an abusive relationship, walk away and seek help from a friend, relative or the authorities. For those who are looking to find love, you may have trouble doing so because of a traumatic experience with an ex-figure. Otherwise, the person you are looking to date may have such experience on his or her end.

A Definitive Tarot Reading In The Time of Coronavirus Pandemic

Your Definitive Tarot Reading For The Month of July 2020

Your Definitive Tarot Reading For The Month of June 2020

A Definitive Tarot Reading for The Month of May 2020

A Definitive Tarot Reading In The Time of Coronavirus Pandemic