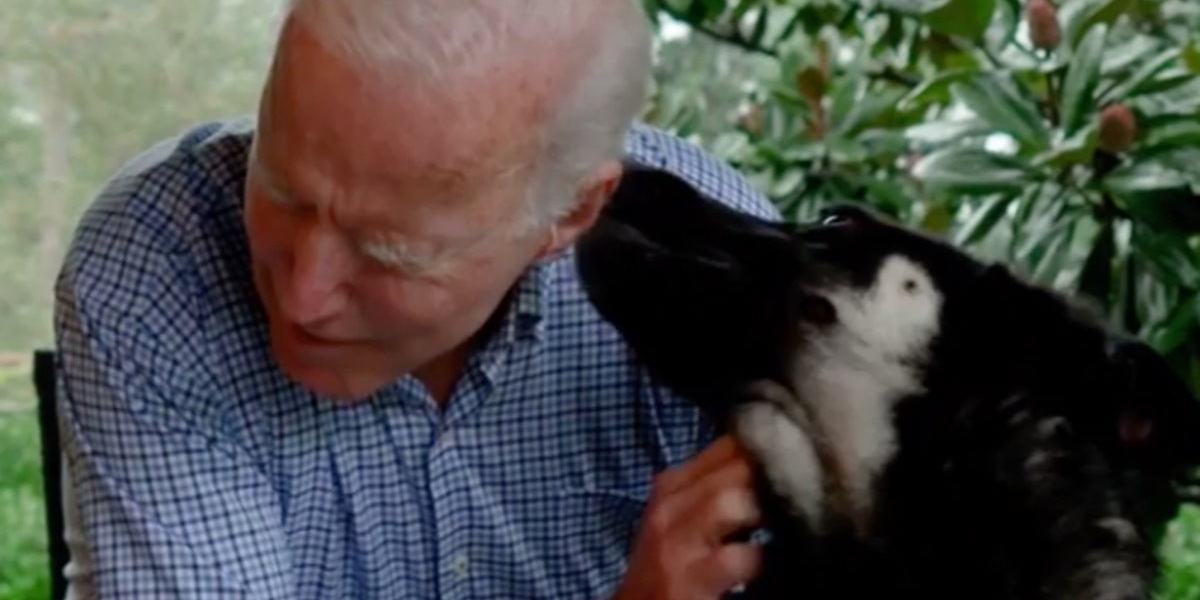 On Saturday, Joe Biden and Kamala Harris won the 2020 presidential election, making Harris the first woman—and woman of colour—to be elected to the White House. Jill Biden plans to keep her job as an English professor at Northern Virginia Community College, making her the first FLOTUS to work full-time outside of the White House. But someone else made history yesterday too: Major Biden, the family’s German shepherd, Major, who will be the first rescue dog ever to live in the White House.

Major is the Biden’s second German shepherd; they also have Champ, whom they welcomed into their home in 2008. The family adopted Major after fostering him from the Delaware Humane Association in 2018. He was part of a litter of puppies that was not doing well at the shelter after being surrendered there.

No ruff days on the trail when I have some Major motivation.

“Today is Major’s lucky day!,” the humane society wrote on its Facebook page on November 17, 2018. “Not only did Major find his forever home, but he got adopted by Vice President Joe Biden & Dr. Jill Biden! The Bidens have gotten to know Major while fostering him and are now ready to make the adoption official. Best of luck and thank you for being one of our Friends for life! #DHAMajor.”

Major might be the first adopted dog in the White House, but 1600 Pennsylvania has been home to shelter animals in the past. The Clinton family adopted Socks, their black-and-white cat, in 1991 after he reportedly jumped into Chelsea Clinton’s arms as she was leaving her piano teacher’s home in Little Rock, Arkansas. He died in February 2009, after completing two terms in in the White House.