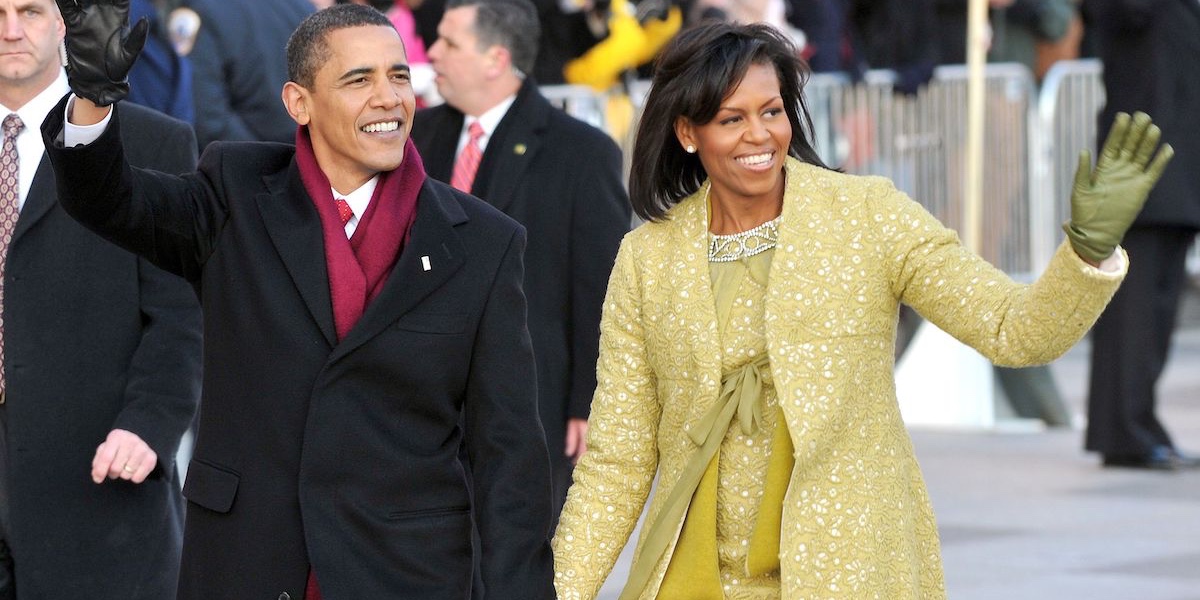 Former President Barack Obama‘s memoir A Promised Land will come out on November 17. CNN ran excerpts from the book on its site today, including a passage Barack wrote about how being president of the United States affected his relationship with his wife Michelle Obama. The job did make things a little harder, he detailed:

Despite Michelle’s success and popularity, I continued to sense an undercurrent of tension in her, subtle but constant, like the faint thrum of a hidden machine. It was as if, confined as we were within the walls of the White House, all her previous sources of frustration became more concentrated, more vivid, whether it was my round the clock absorption with work, or the way politics exposed our family to scrutiny and attacks, or the tendency of even friends and family members to treat her role as secondary in importance.

He added that some nights, “lying next to Michelle in the dark, I’d think about those days when everything between us felt lighter, when her smile was more constant and our love less encumbered, and my heart would suddenly tighten at the thought that those days might not return.”

Michelle previously spoke to Oprah about her marriage to Barack for ELLE‘s December 2018 cover. Even early on, Barack’s political career created challenges in their relationship.

“When you get married and have kids, your whole plan, once again, gets upended,” she said. “Especially if you get married to somebody who has a career that swallows up everything, which is what politics is. Barack Obama taught me how to swerve. But his swerving sort of—you know, I’m flailing in the wind. And now I’ve got two kids, and I’m trying to hold everything down while he’s traveling back and forth from Washington or Springfield. He had this wonderful optimism about time,” Michelle laughed. “He thought there was way more of it than there really was. And he would fill it up constantly. He’s a plate spinner—plates on sticks, and it’s not exciting unless one’s about to fall. So there was work we had to do as a couple. Counselling we had to do to work through this stuff.”

She also revealed the two went to couple’s therapy. “Well, you go because you think the counsellor is going to help you make your case against the other person,” she said. “‘Would you tell him about himself?!’ And lo and behold, counselling wasn’t that at all. It was about me exploring my sense of happiness. What clicked in me was that I need support and I need some from him. But I needed to figure out how to build my life in a way that works for me.”

9 Travel Trends You Need To Know For 2021: From ‘Workcations’ To ‘Wandermust’

J. Crew Becomes The First Major US Retailer To File For Bankruptcy