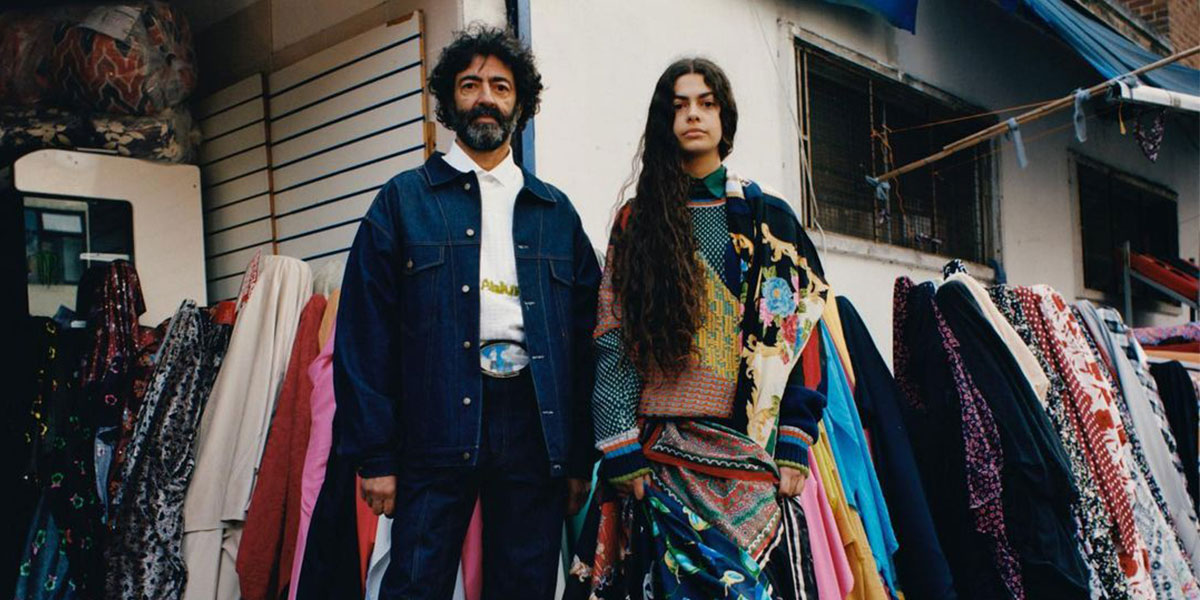 When one thinks of Indian fashion, countless images of ethnic colourful, printed or heavily embroidered Indian wear pops through with all things lehengas, suits and sarees galore. While all these things more or less do represent the talents unique to the Indian designers and Indian wear, there is a lot more than what meets the eye.

Countless designers from the South Asian community have equally been embracing the traditional and the modern through their designs, as far as even taking it to the international market. Them bringing the ages-old traditional crafts of the Indian textile and artistry on the shore mixed with modern silhouettes have managed to strike a chord with the diverse global consumers. Below are a few designers who’ve managed to rake global appreciation for bringing their Indian heritage, crafts and creativity on to the global fashion circuit.

London based menswear designer Priya Ahluwalia, behind her eponymous fashion label, explores her Indian-Nigerian heritage and London roots through her clothes. She is one of the finalists and recipient of the 2020 LMVH prize (due to Covid19, the prize was split between the finalists). Also the winner of the H&M Design Award, the designer uses vintage and deadstock clothing for the majority of her collections. Noted on the Forbes 30 under 30 on the European Arts and Culture List, her label also became part of the Matches Fashion’s Innovators programme. She has also published two books called Sweet Lassi and Jalebi, named after a common Indian drink and dessert, pointing to her multicultural upbringing and the book’s content.

Another emerging designer to break out globally, British Indian designer Supriya Lele is also a finalist and a joint recipient of the 2020 LMVH prize. Her clothes and imagery both speak of her Indian heritage and its influence mixed with her British identity. Already a favourite among the fashion mavens, most recently her clothes worn by Dua Lipa and Kendall Jenner made rounds on the internet giving more global spotlight to her talents.

Designer Suhani Parekh of label Misho might be one of the most successful accessory designers to come from India with her pieces most recently seen on Beyonce’s new campaign for her Ivy Park collection with Adidas. Known for her sculptural designs, celebrities like Rihanna, Claire Foy, Kim Kardashian, Lilly Singh, Winnie Harlow and Kendall Jenner are few among the label’s famous patrons. A student of art history and sculpture at Goldsmiths, University of London, this four-year-old brand also went viral recently for the new pebble pod earrings, earrings designed to keep your airpods in place.

Known for using traditional Indian handicrafts and artisanship especially embroidery in each collection of his, Rahul Mishra is also the first Indian designer to win the International Woolmark Prize at the Milan Fashion Week in 2014. The prestigious award, previously won by industry legends like Yves Saint Laurent and Karl Lagerfeld, put him to global limelight with his work getting featured at London’s Victoria & Albert Museum. Mishra was also the first non-European designer to bag a scholarship at Milan’s Istituto Marangoni back in 2009, all the accolades making his eponymous sustainable couture label a global one.

Designer Aneeth Arora’s label Pero means “to wear” in Marwari, a dialect from the Indian state of Rajasthan. Stocked and sold in around 20 countries, the label’s unique amalgamation of Indian textiles with whimsical western designs helped it put on a mark globally including the label’s attendance at Italy’s Pitti Uomo 89 and Pitti Bimbo 85. To put more context into what truly makes Pero stand out is designer Aneeth Arora’s win as the British Fashion Council’s Young Fashion Entrepreneur Award in 2011, and many collaborations including their latest with Grounds, a Japanese shoe label.

The now London based designer, who grew up in India, has dressed and designed for several high-profile celebrities from Victoria Beckham, M.I.A, Adele, Madonna to Miley Cyrus. A graduate from Central Saint Martins, Ashish Gupta has been the winner of the British Fashion Council’s NEWGEN award for a total three times and have had his work exhibited at The Met and the V&A to boost. Ashish Gupta’s signature sequin work and embroidery in colourful rainbow hues, all done by artists in India, perfectly blends the eastern and western aesthetic making him globally loved. You may even spot your favourite K-pop idols wearing Ashish now and then.

Launched in 2017, Two Point Two by designer Anvita Sharma, is an all-inclusive label breaking away from the stereotypical way of dressing and opting to cater “Agender” or “Gender-Agnostic” fashion. In a society where gender is not just a simple binary anymore, a label like this is the need of the hour which focuses on dressing up the individual rather than a gender. A graduate of Istituto Marangoni, Anvita’s debut at Milan and London Fashion Week plus the juxtaposition of Indian fabrics with modern silhouettes has earned her quite a buzz globally.