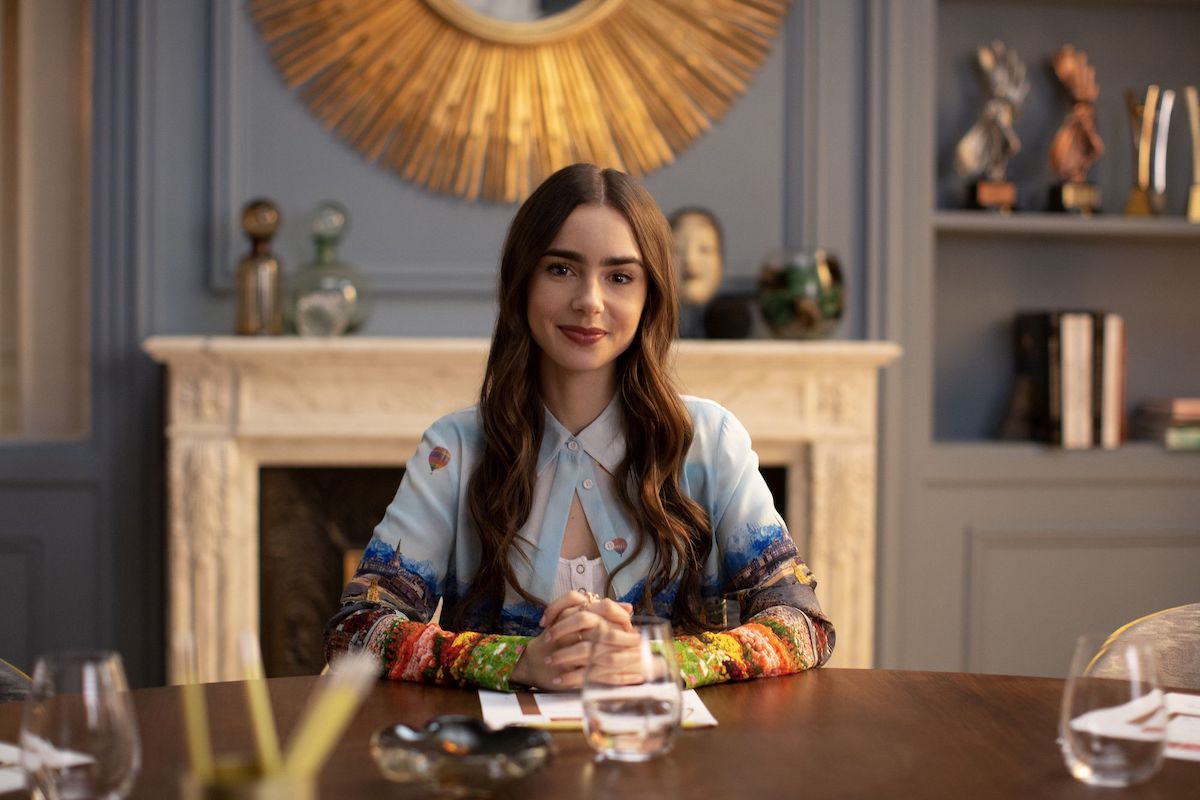 With the close of a gruelling and historic US election, news of possible vaccine for you-know-what (this is a happy space – let’s not talk about it) in the UK, we weren’t sure things could get any better this month. Then Netflix announced that their slightly controversial, but deliciously consumable hit show Emily in Paris has been confirmed for a second season.

Oh, and that the title of the show should be read in a French accent, making it rhyme.

If that fact alone wasn’t enough to shock you, here’s a quick rundown of everything you need to know about Emily in Paris season 2:

What happened at the end of ‘Emily in Paris’ season 1?

If you haven’t yet followed go-getting (monolingual), Chicagoan Emily Cooper, played by Lily Collins, on her fish-out-of-water journey through Paris, then we recommend you head over to Netflix and indulge.

For those who have watched the show, and need a little refresher before getting excited for the second season, the first ended in cliffhanger style.

After Cooper had managed to avoid being fired by her devastatingly chic boss Sylvie (Philippine Leroy-Beaulieu) by helping iconic designer Pierre Cadault throw a guerrilla fashion show, and her neighbour and boyfriend of cool pal Camille (Camille Razat), Gabriel (Lucas Bravo), moved back to Normandy (therefore making him an ex of Camille, and his and Emily’s tryst slightly less problematic), everything seemed to be going swimmingly for peppy Cooper.

This was until Cooper’s fellow ex-pat mate Mindy Chen (Ashley Park) was fired from her au pair job for moonlighting at a drag bar (and pursuing her dreams, might we add) so had to unceremoniously move into Emily’s garret and – this is the kicker – Sylvie’s married beau, perfumer Antoine Lambert (William Abadie) invested in restaurant Les Deux Comperes, ensuring Gabriel can stay in the French capital.

This final twist will no doubt throw Emily and Camille’s budding friendship into a spin, but perhaps not in the way we imagined, with show-creator Darren Star hinting there could be more than platonic feelings between the pair in season 2.

‘Nothing is sort of exactly as it seems to [Emily],’ Star said. ‘And I think a lot of her ideas about life are constantly tested. And they will be next season, as well.

‘What happens in the next chapter, I think, can be a real exploration of how does the relationship between these three characters evolve.

‘That, to me, is such a fun thing to explore in season two, because these are not Americans. They’re French people. To me, a big part of the show is looking at everything through a different lens. Season two will open up some interesting and surprising relationship avenues.’

When will ‘Emily in Paris’ season 2 be released?

To be honest, we have no idea when the second season of Emily in Paris is coming, and with you-know-what restrictions making filming just that little bit slower, we’re expecting a wait.

Is there a trailer for ‘Emily in Paris’ season 2?

We are yet to be graced with a season 2 trailer for Emily in Paris, however, Netflix did release a cute announcement video with a handful of our favourite cast members, declaring ‘deux’ (meaning ‘two’ in French, of course).

And since we’re in the viewing mood, let’s rewatch the trailer for season one, yeah?

Who is the cast of ‘Emily in Paris’ season 2?