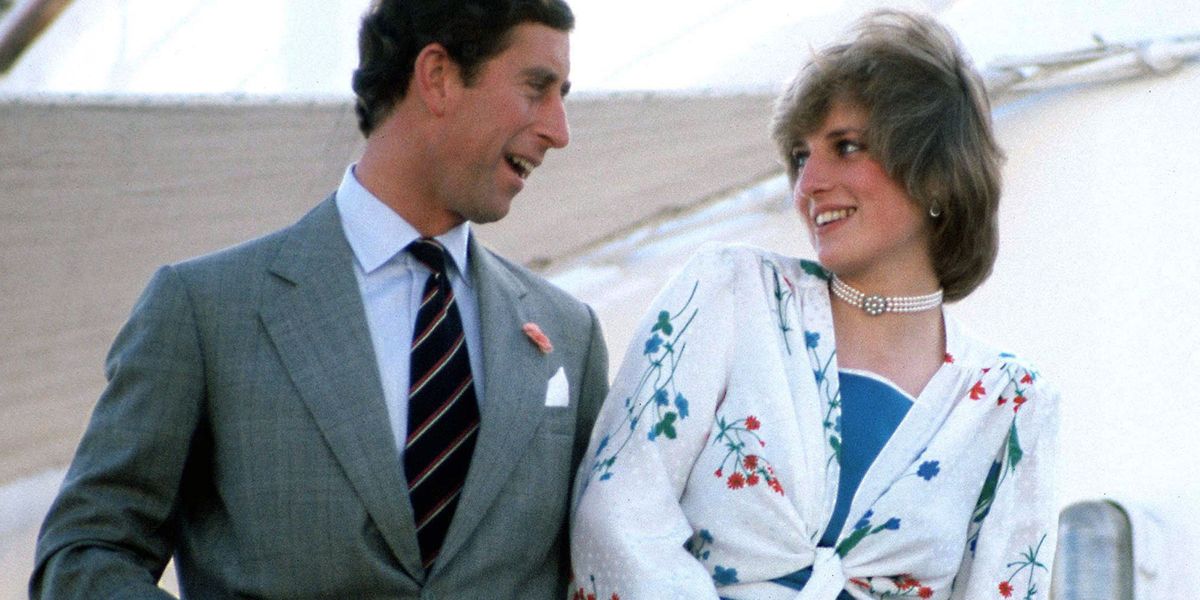 The Crown‘s fourth season is stuffed with highly anticipated dramatisations of famous moments, but two of the most notable—Charles and Diana‘s engagement, and their wedding—take place largely off-camera.

Charles’s proposal unfolds secondhand, through a delightful sequence of intercut phone conversations between Charles, the queen, Princess Margaret, Princess Anne, and the Queen Mother. From those conversations, and the brief glimpses we see of the actual proposal, it’s clear that the proposal is…not exactly the stuff of fairy tales. (The episode is, ironically, titled “Fairytale”.)

So how close is this depiction to the truth? Here’s your primer on the fact vs. fiction of Charles’s less-than-romantic proposal.

Where did Charles propose to Diana?

On February 3, 1981, in both the show and in real life, Charles proposed to Diana in the nursery at Windsor Castle. “Hardly the most romantic setting,” the Queen Mother sniffs in the series. Neither Charles nor Diana lived at Windsor Castle at the time. Following the proposal on the show, Diana drives back to her flat in London’s Earls Court, where she lives with three girlfriends.

Did Charles get down on one knee?

The Crown pointedly depicts Charles not getting down on one knee when he proposes. When the queen asks about this in their phone call, Charles haughtily responds: “I thought in terms of rank, the Prince of Wales only ever knelt before the sovereign.” Anne and Margaret are appropriately horrified yet unsurprised to hear about this tone-deaf moment from Charles, while the queen drily reminds her son that this is “a proposal, not a show of strength.” (This moment also calls back to one of the earliest episodes of The Crown season 1, where Philip throws a tantrum about being expected to kneel before the queen.)

But unless Crown creator Peter Morgan knows something we don’t (always a possibility), this is a somewhat shady moment of artistic license. Reports of Charles’s real proposal to Diana do involve him getting down on one knee, including in The Daily Mirror and the Daily Express. That said, the real-life engagement still doesn’t sound very romantic. Here’s how Diana herself described the moment to Andrew Morton, who wrote the infamous 1992 biography Diana: Her True Story:

“[Charles] said, ‘Will you marry me?’ and I laughed. I remember thinking, ‘This is a joke,’ and I said, ‘Yeah, OK,’ and laughed. He was deadly serious. He said, ‘You do realise that one day you will be queen?’ And a voice said to me inside, ‘You won’t be queen, but you will have a tough role…’ ‘Yes,’ I said, ‘I love you so much, I love you so much.’ He said, ‘Whatever love means.’…and so he ran upstairs and rang his mother.”

That last part is telling, because Charles had been under pressure from the queen and Prince Philip to find a wife and settle down.

In the 2019 documentary Charles & Di: The Truth Behind Their Wedding, royal biographer Christopher Wilson weighed in on this point. “He didn’t pick her up in her arms and embrace or do any of the things we might do when we propose marriage to the one that we love,” Wilson said. “He rang his mum, simply to say, ‘There, I’ve done it now. You’ve asked me to get married to somebody and I’ve fixed it.’ What he’d done was he’d finally found a wife.”

In other words, it seems like Charles’s proposal to Diana set the tone for their marriage.

When did Charles and Diana get married?

The engagement became official on 24 February 1981, at which point they gave their now-infamous engagement interview to the BBC.

The couple were married just five months later on July 19, 1981, at St. Paul’s Cathedral in London.