At Chanel Cruise 2020, A New Chapter In Motion 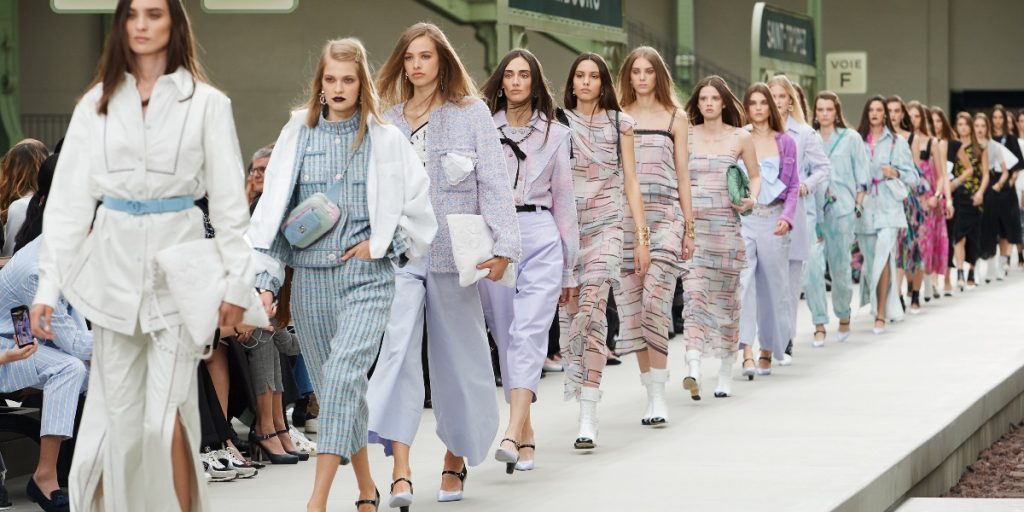 You don’t try to become your mentor. You master the good, respect the codes in place, but also sign off on your arrival. Virginie Viard, the left and right hand of Karl Lagerfeld who’s spent over 30 years working with the man, did exactly that last Friday with Cruise 2020, her first show as artistic director at Chanel.

At the Grand Palais in Paris, she transported guests the world over to a make-believe 19th century-style train station and its accompanying cafe Le Riviera—a one-way ticket to the season’s theme: travel. It was what Lagerfeld relished each season with fantastical interpretations of a cruise ship, an autumnal forest, supermarket and casino to name but a few; show sets so realistic they’re almost the pre-vacation to summer holidays this time of year.

As for where Viard’s Chanel woman was headed, the collection leaves it open-ended. Why not, for in a time where dress codes are far from lucid, the global citizen could go anywhere around the world in either a) its refined, elegant take on workwear (that eight-pocket jacket could fit all your daily essentials); b) the Gabrielle “Coco” Chanel-approved striped jumper (not classic Breton as she famously adored, but a contemporary remix); c) the jacket-bermuda combi tempered by a large, girlish bow (the Coco code of boyish femininity) or; d) the judiciously-detailed blouse/shirt with roomy trousers (Chanel and Lagerfeld both loved a good rendition). The answer’s e) all of the above.

In the simplicity of silhouettes, lightness of the tweed jackets and, modesty of the closing frocks, there is a pared-back ease to the collection that makes one feel like they could jet off anytime with an easy-to-wear wardrobe like that in tow. While Lagerfeld could be hyperliteral with his inspiration from time to time, Viard was more subtle, albeit still effective, although she did indulge in small doses: a train station’s clock appears discreetly as motifs on a square-neck dress (look 62), and on another, tucked cheekily within the copious details of its lace fabric (look 64).

This Chanel attitude of irreverence—distinct particularly in their accessories from Chanel’s discreet compartment for her love letters within the Classic Flap, to Lagerfeld’s novelty collectibles—also saw “travel flasks” tacked onto bags and slung on the shoulder.

For our time-starved generation, it’s the items that serve double duty or promise to make life easier that have an instant persuasion. Case in point: the bags below that come equipped with multiple pouches and compartments, and the three closing looks that were designed with detachable crisp, white collars (a nod at Karl)—dialling up their femininity when removed.

One could’ve hardly missed the fact that the entire cavalcade of models were shod in two-tone Mary Janes and boots. The dual-colour shoe is a Gabrielle Chanel trademark that Lagerfeld kept alive, and leaned in to by introducing countless styles to its original slingback design over the years. He would’ve done the same. And word is, he had picked the theme of travel for Cruise 2020 before passing in February.

There was no actual train that arrived at or departed Viard’s set. Would Lagerfeld have made that the tour de force of his show set? Probably, and perhaps Chanel’s new conductor is telling us that there is an even more epic lift off of her journey to come.

The celebrities in attendance at Chanel’s Cruise 2020 show: 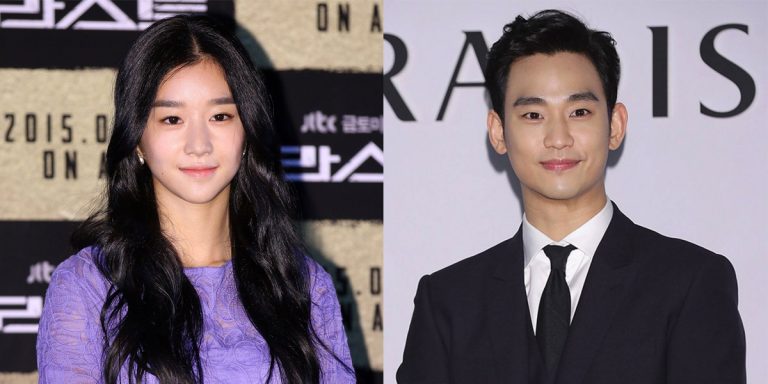 Hanan HaddadFebruary 28, 2020
Seo Ye-Ji To Star Opposite Kim Soo-Hyun In His First K-Drama After 5 Years

Do Min-Joon is (finally) back! 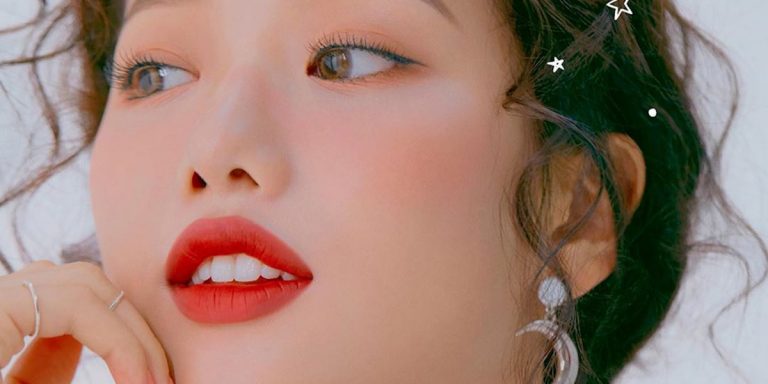 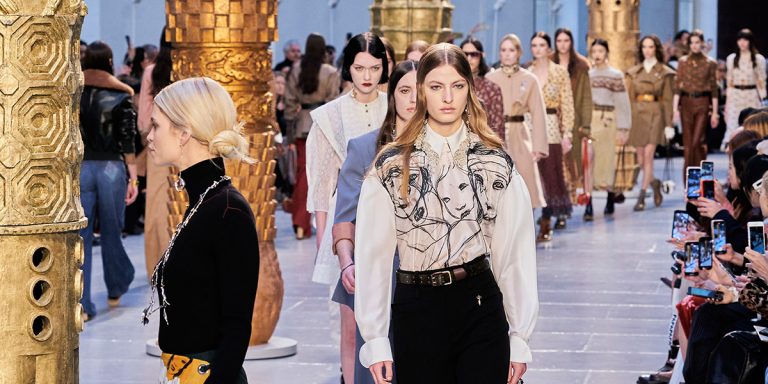 Natacha Ramsay-Levi delivered us a nostalgic wardrobe for the modern woman today. 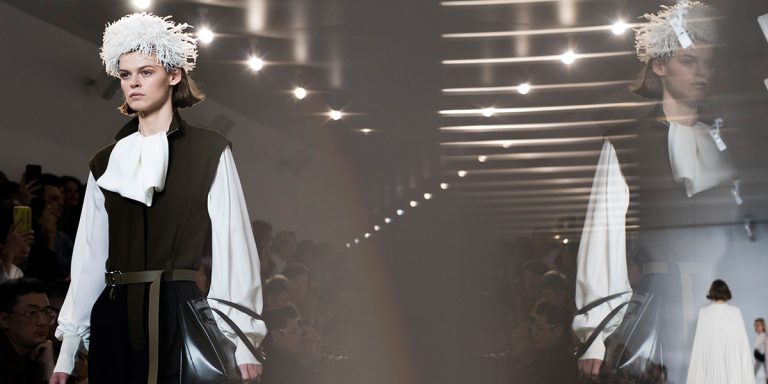 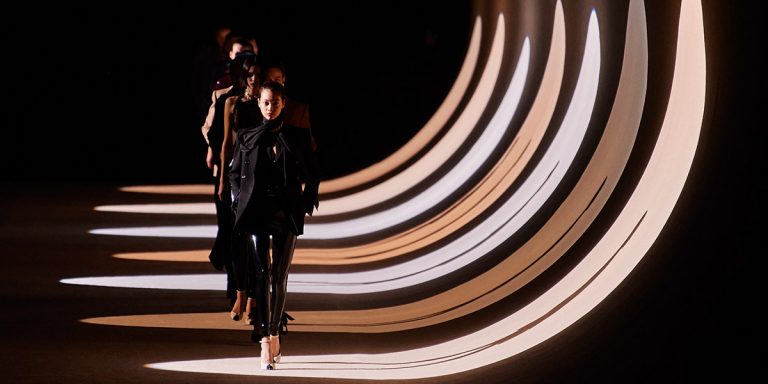 Anthony Vaccarello gives his provocative take on the corporate uniform. 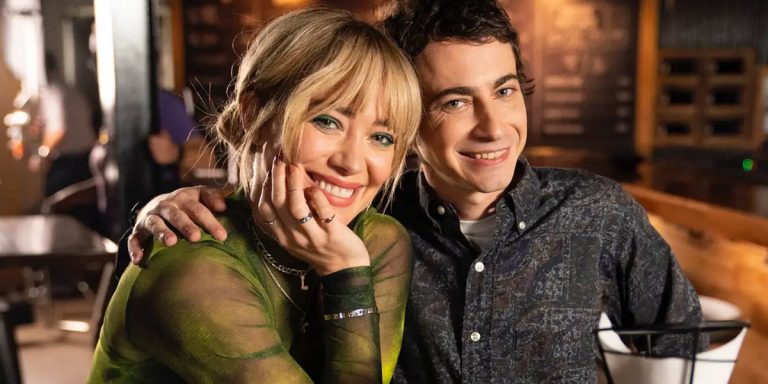 ELLE USAFebruary 27, 2020
Everything We Know About The Lizzie McGuire Reboot

The reboot will follow an adult Lizzie as she navigates life in New York City.