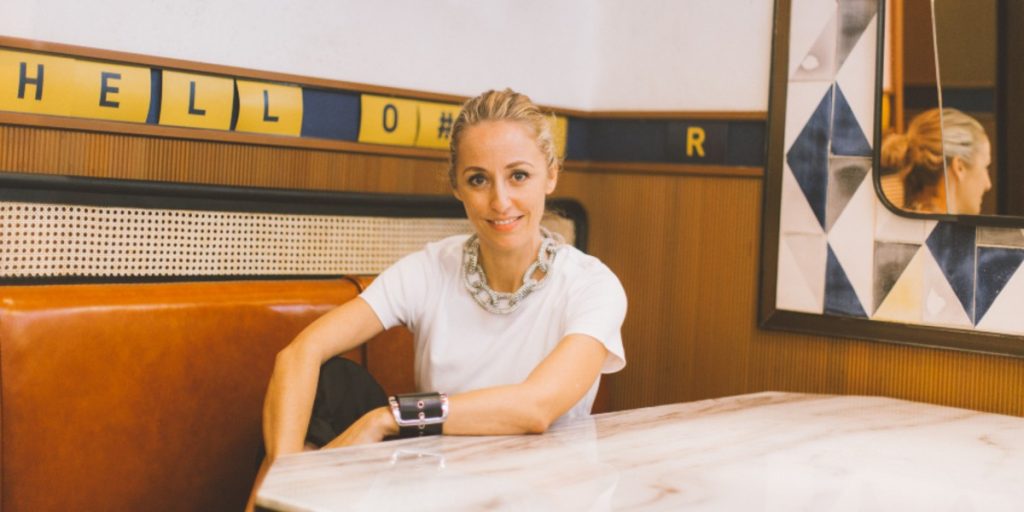 Being a successful female entrepreneur is a funny thing. You can be the most intelligent businesswoman who knows to drive international business expansion, but you may know nothing about work-life balance and wellness. Your business grows, only at the expense of your mental health. So for Fanny Moizant, the brain responsible for the exponential growth of the luxury resale platform, Vestiaire Collective, her definition of success is largely different from others’. “The best learning curve is to understand your strengths and your weakness — and balance them out,” she says.”It’s not rocket science.”

It’s definitely no rocket science, but the elusive term called ‘work-life balance’ took Moizant years to understand. Once upon a time, she used to be the power woman whose mantra in life was, “Go, go, go.”

And it all stemmed from her upbringing. Moizant was born to a second-generation immigrant family in the coastal city of Montpellier, located in the South of France. Her grandparents were Spanish who fled in the mid-1930s when the Spanish civil war broke out. Her parents, too, grew up in Montpellier. Owing to the immigrant’s mentality, her mother worked especially hard in life to carve a better future for her children.

“My mother has always been an entrepreneur. Her own parents were entrepreneurs and immigrants coming from Spain,” Moizant explains. “She did a tonne of things… She’s the one driving the family, and has a very strong character.”

At 18, Moizant’s mother worked as a driving instructor (conventionally a man’s vocation). Later, she owned numerous businesses, amongst them a discotheque and other fashion stores. She, too, made Moizant and her elder brother relocate to another town so they could attend a renowned school. “I wouldn’t say [she was] competitive, but she was always aiming for the best for her children,” Moizant continues. “She coming from [an immigrant’s background], they weren’t particularly wealthy. So they had to work super hard to make a living. So the family ethic is work, work, and work.”

In life, no one is going to give you a helping hand. You have to make it on your own. And this very logic applies to both men and women. Success knows no sex nor gender. It’s either you make it as a successful human being, or you don’t — this was what Moizant’s mother taught her as a child.

“Don’t stop at these very sexist, stupid things. You are as empowered as a guy to succeed,” Moizant mimics her mother.

So Moizant grew up this way. She was always on the go — baccalaureate and university classes in the morning, work in the afternoons. In her summer and winter breaks too, she was working in her mother’s fashion stores. “I was the one, at the beginning, doing the wrapping, selling, opening the shops,” says Moizant.

Later in life, Moizant became a mother herself. She gave birth to her first daughter in 2006, and her second daughter in 2007. As with all childbirths, Moizant found herself in a bout post-partum depression. “We call it baby blues in France,” she recalls. “I mean you go [down] right after giving birth. Your hormones are going down and you’re [in a bad place]. It’s a tough process.” But Moizant didn’t allow herself to be stuck for too long. Two days later, she bounced back right up.

And when she came up, she realised that she saw life differently. “You’re suddenly not the most important person on earth. It’s your babies. It’s super tiring but it gives you so much energy at the moment,” she says. “You’re capable of moving mountains. It’s really an exciting period and it changes your life completely. Your focus changes. Suddenly, you realise that you really want to do things that are not for you, but things that you are passionate about.”

So she dived straight into the search for business ideas. It was to be a business that was relevant, ahead of time, one that she could call her passion, and that she could own.

“And one day, I had my two girls, and I decided to launch my own business but I was going through ideas. In ELLE, I read this article about the recessionistas — at that time it was the recession period, 2008,” Moizant recalls. By recessionistats, she’s referring to the fashionistas (or bloggers) who were still active in the recession period. While these French fashion bloggers typically made a living by showcasing their outfits on their blogs, they struggled to keep up with this exorbitant lifestyle and started selling their clothes in a bid to finance their new wardrobes.

“They were the early adopters of this resell mentality,” Moizant observes. “I wanted to buy from those girls but it was super time-consuming — not efficient at all. Because you had to send a cheque.”

Then came Moizant’s business idea. She will essentially close this gap and smoothen out the transactions between these resellers and buyers. “And Vestiaire came — from this ELLE idea,” she recalls.

Together with five other partners — four males, one female — Moizant established Vestiaire Collective in Paris in 2008. In a short span of two years, the business grew and expanded exponentially. Moizant started seeing orders and demand streaming in from neighbouring European countries, mainly the United Kingdom and Germany. It was then a natural decision to expand their office to London. But very shortly after, a huge problem landed in her lap — they couldn’t drive the growth of the London team.

“I wouldn’t call them problems. The thing is, it’s a mindset,” says Moizant. “If you make things that are harder a challenge, then challenges are meant to be overcome. It makes things easier.”

She ruled out the solutions — they could either close the London office or relocate a key Parisian team member to the London office to manage the situation. And of course, in Moizant’s fashion, she volunteered to make the move.

“I didn’t know how I was going to do that but I [took] the risk moving my family there,” says Moizant. “What I do know is that I built the company, I have the DNA. I needed to rely on the British team — they taught me about the market. I taught them about the DNA and we figured it out at some point.”

Later in 2017, Moizant relocated her family once again to Hong Kong to helm Vestiaire‘s Asian expansion. Today, the company is present in 50 countries, with eight million members to boot.

Moizant has been running her life and driving Vestiaire Colletive’s growth at breakneck speed. But she doesn’t ever seem to get jaded nor burnt out. Why? Maybe the question is, how?

“Have a good life balance,” says Moizant. “To have that kind of energy to live a very intense professional life? It’s very basic. I need to have my seven to eight hours of sleep at night. I need to eat very healthy.”

“I know what I need to function and to have enough energy — and I build my life around that.”

That means, family and work being her utmost priorities, social life is an option for Moizant. “A day is just 24 hours,” she continues. “You need to cut things, to prioritise, and to make choices. The choices are about my family and my work. My friends come after. Basically, I don’t have such an exciting social life. But that’s how it works!”

When the weekends arrive, she pulls the plug on work and devotes her attention to her husband, daughters, and her wellbeing. “The older you get, the more you understand that you need to take care of yourself,” she says.

So if she knows she is running low on energy, Moizant will cancel her appointments in a heartbeat. “Like right now? I’ve been travelling for weeks, back to back. I know at some point, I need to stop and have three or four quiet weeks to be able to go on.” As we spoke, she’d just shifted some work plans around to free up time for a beach vacation in Cambodia with her family.

Finding time for rest is not all. Moizant has more tips up her sleeves. “What changed my life recently? A personal assistant,” Moizant continues.

Having been brought up to be a fiercely independent woman, the thought of getting help never came across Moizant’s mind — at least not until the new CEO, Maximilian Bittner, came on board.

“I never had any personal assistants — never, ever, ever!” exclaims Moizant. “We recently had a change of CEO, so Max just joined and he was saying, ‘Ask your PA to do something’. I was like, ‘My PA? What?’

“He was like, ‘Are you joking or what? You’re crazy! Just get a PA!’ Okay, maybe I should,” she recalls. Three months ago, Moizant hired her first-ever personal assistant, Queenie Lau. “It’s been a life-changing experience.”

To Moizant, it wasn’t easy to admit that she needed help — much less entrust her personal work and life matters to a stranger. “But when you let go, it’s fantastic,” Moizant exclaims. “You realise, ‘Oh my god, she’s helping me save so much time. And I can focus more on work.”

“At the end of the day, when you have a busy life, family, and you still want to do things, you need to have support,” says Moizant.

At the start of her career, Fanny Moizant found her strengths, namely her fashion acumen and her knack for entrepreneurship. Later into her career, she realised it’s equally important to know her weaknesses and limitations. Today, she’s learning to accept help from others — all so she can embark on loftier journeys in both work and life.

People burn out when they forget that they are merely human beings. “And honestly, you see a lot of people crashing — badly,” says Moizant. “The crash physically, spend months in hospitals. Or their families explode. Our lives are crazy if you don’t pay attention to the details — your happiness, your sanity. You can go mad.”

Her conclusion? Remember you’re a human being too.”Don’t push yourself too hard because you only have one life. And when it’s too late, it’s too late.” 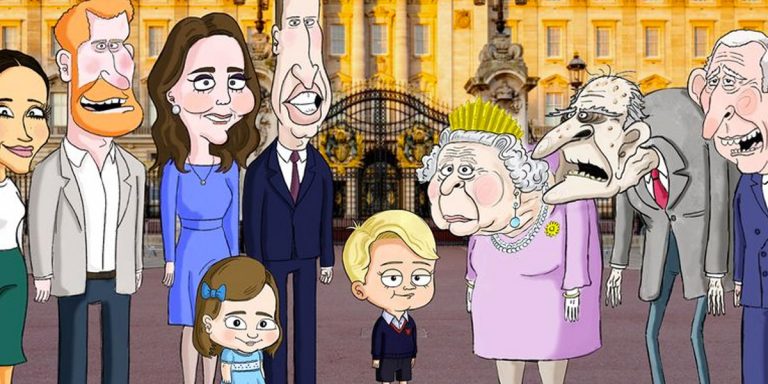 He assured his fans, “George is pleased.” 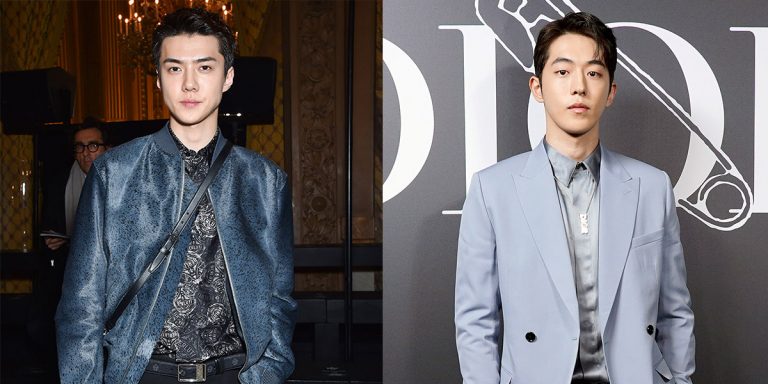 We’ve rounded up the handsome celebrities who epitomise effortless style. 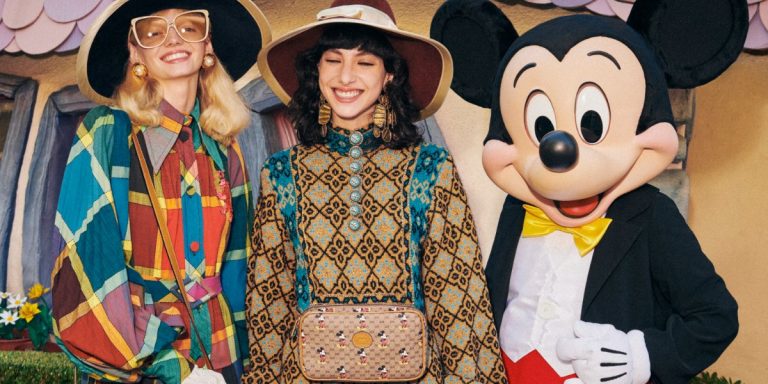 Classic Gucci motifs are given the Disney treatment. 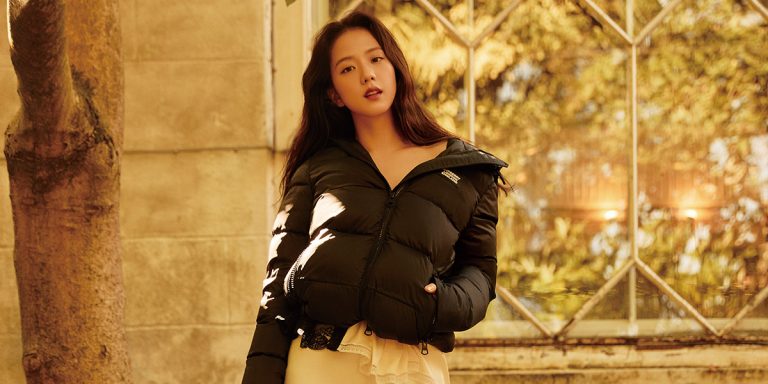 The South Korean starlet shows how she defies gravity and cookie-cutter style. 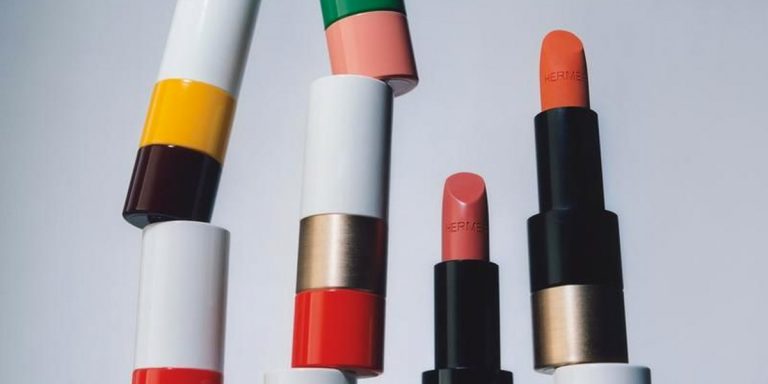 Lipsticks just got even more luxurious. 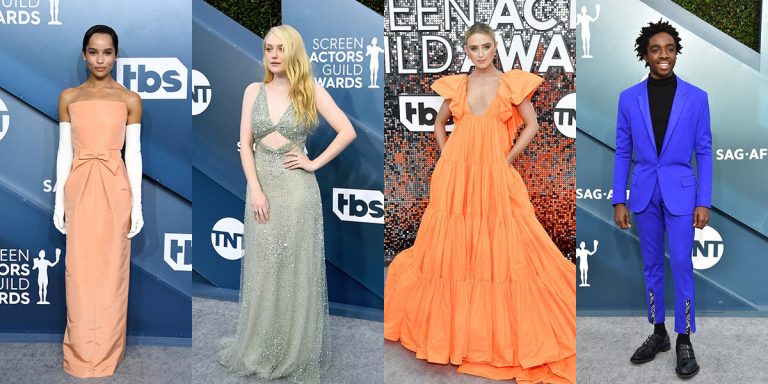 Celebrities are certainly serving bolder looks this time round.