This New All In One Treatment Left My Pits Spotless & Brighter 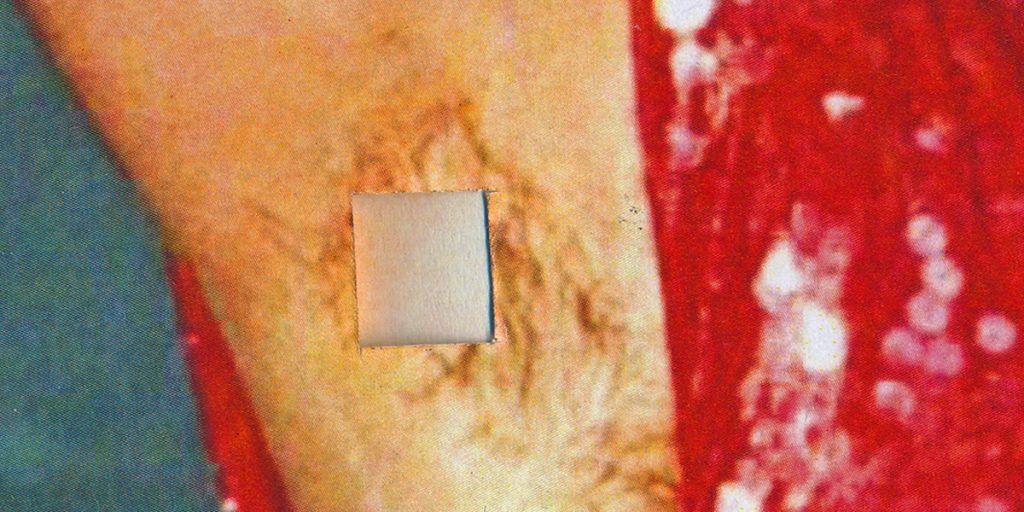 I’ve never experienced an IPL (or Intense Pulsed Light) hair removal treatment. That’s only because a close girlfriend of mine had a largely inconvenience-filled IPL experience.

One, she took a year to finish her IPL cycle. Two, between her treatment sessions, she couldn’t shave. Watching her struggle to call for the waiter and sweating through her long-sleeved Nike gear during hot yoga classes, it’s safe to say that I was completely turned off by the entire concept of laser hair removal.

Then, slightly over a month ago, a friend urged me to try Strip’s new AFT — or Advanced Fluorescent Hair Technology — hair removal treatment. (Disclaimer, she works for them.) No, I said. But she tried to explain that this was a newer and stronger version of light-powered hair removal. Instead of the slow-acting IPL, the new AFT destroys hair follicles at a higher rate. Convinced, I made an appointment for an underarm and Brazilian AFT treatment.

The skeptic in me wasn’t expecting to see any results. I hate to now say but that very one session wiped out (what looks like) 50 percent of my underarm hair and 70 percent from my Brazilian nether regions. And I have very hairy genes. Here’s what went down:

I made an appointment at Strip’s Mandarin Gallery outlet. When it comes to beauty treatments, I find that mornings are the best — the therapists are fresh, awake, and attentive; the salon (or clinic) is quiet, tranquil, and there’s no waiting time. You’re always the first in queue.

Registration took less than five minutes and I was whisked into the treatment room.

First up, you get undressed and lie on the treatment bed. Your therapist then knocks on the door and asks if you’re ready before she walks in.

“Is this your first time doing AFT?” a chirpy 33-year-old Orange Chan asks. Chan has been with Strip for the past decade, specialising in hair removal. “I’ve seen all sorts of skin types, skin darkening, and hair problems,” she quipped as she assessed the state of my underarms and bikini region.

For individuals who tend to tweeze and pluck their hair, they wound up with visibly raised pores. For others who shave, the skin tends to discolour and darken. With hard waxing, there tends to be in-grown hair, bumps — and the hair wounds up growing thicker. Sugaring seems like a better option as opposed to hard wax, but it doesn’t eliminate hair growth altogether. When it comes to IPL, a treatment she specialised in for the past ten years (until the introduction of AFT), it’s a hit-or-miss situation. Either you get a good clinic with a powerful light machine, or it’s not going to give results. Nonetheless, both IPL and AFT are still better hair removal options than others — if your pocket allows.

Back to the treatment: you can either walk in unshaven or shaven. Chan prefers that her clients not shave, just so she can accurately diagnose the density of hair growth. Later, she gently and expertly shaves your hair off, wiping your skin clean after.

“It’s going to be cold, the gel is cold,” she prompts as she lifts my arms above my head. Chan slathers a huge wad of ice-cold gel over my underarm. She picks up the machine’s hand-piece, pops on her professional sunglasses and started the treatment.

As she glided the hand-piece over my skin, zaps of red light flash from its tip. Chan generously goes over and over the underarm, zapping the light as she goes along, until a timer sounds. She then uses a scoop to collate all the gel back into position before she restarts the machine. Zap, zap, zap. That goes on for four cycles. In the last two cycles, the gel warms up from the light, and I could feel little zaps of heat within my skin. Few moments later, there was a burning smell in the air. “There’s a burning smell,” I whispered. “It’s okay, some people get that,” she reassures.

Chan then repeats it on the other side.

The Brazilian treatments started from the hairy region — on the top of the public bone. Again, Chan slathered cooling gel all over, and zapped her way around, this time for what seemed like four to six cycles. Towards the end, I felt spots burning under the skin — not on the surface of the skin.

When asked why, Chan explained that the red light targets black pigments. So, if you have especially dark, dense, and black hair, the light cruelly zaps it up and destroys the follicles. Conversely, Westerners with really blonde hair are not suited for AFT hair removal treatments.

It’s also important to note that individuals with dark skin have to be cautious when undergoing AFT treatments since the skin tissues and cells may be damaged. For clients with darker skin, Chan first explains how the light works, lowers the frequency of the light, and goes on with the treatment. In the event she has a patient with really dark skin, she has to turn them away lest she hurt their skin.

It was a bearable sensation, so the treatment continued — next, down the entire narrow strip of the labia and up to the bottoms. Then, she cleans the gel from your skin.

When I walked out of the room, she was there at the concierge. She handed me a little post-treatment care booklet as she answered some of my questions. “When will I see results? When is a good time to return for a second session? When will the hair all fall off?” I bombarded.

It’s best that you allow your hair to grow out to half a centimetre, just so you can see if it’s any finer or if it falls off naturally. “If not, give it a tug and see if it drops easily,” she laughs. “Just try!”

What happened after I left Strip?

For four full weeks, I never had to shave my underarm. I went to parties, yoga, the gym, and the pool — it was an absolute breeze. Also, my underarm lightened by a couple of shades. Now, it’s the same colour as the rest of my arm. On the fifth week, thin and fine baby hair (like forearm hair) grew. I tried tugging at them, but they didn’t budge. But then again, they were so fine that they weren’t visible. I’ve only shaved once since the treatment. Grand total? 50 percent hair removed.

What about the Brazilian area? Two weeks into the treatment, the stubbles grew — I was so disheartened to see them. I left them be and when they grew longer, I tugged. Lo and behold, they fell like the walls of Jericho. A good 90 percent of them fell off — and stayed that way for the next two weeks. On the fifth weeks, fine baby hair grew back. If you were to subtract and add, a grand total of 70 percent hair actually disappeared for good.

Then again, everyone sees different results. A girlfriend of mine who found out that I’ve been to AFT shared that she lost 10 percent of her underarm hair from her first session.

That aside, a seasoned and sincere therapist breaks or makes your AFT experience. I was later stumped to realise that Chan is one of the most sought-after therapists when I tried to secure my second appointment — she’s perpetually booked in the evenings for weeks on end. It’s easy to see why — she’s all out to make your treatment worthwhile, and your life easier. Let’s just say that AFT aside, she made me feel a lot more positive about my body too.

Therapist Orange Chan is based at Strip, Mandarin Gallery, 333A Orchard Road. An AFT first-time trial is priced at S$68. 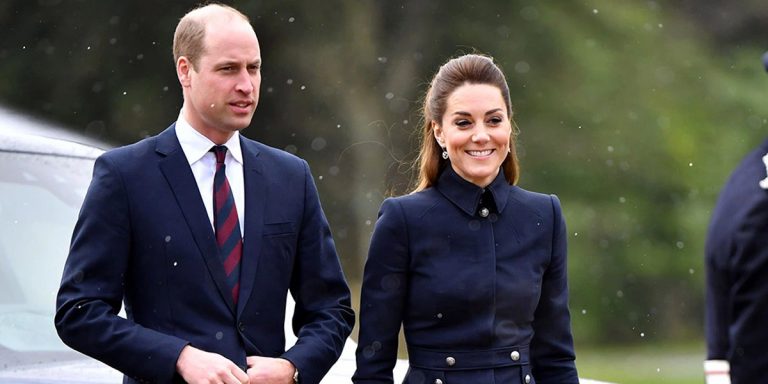 She and Prince William were matchy-matchy. 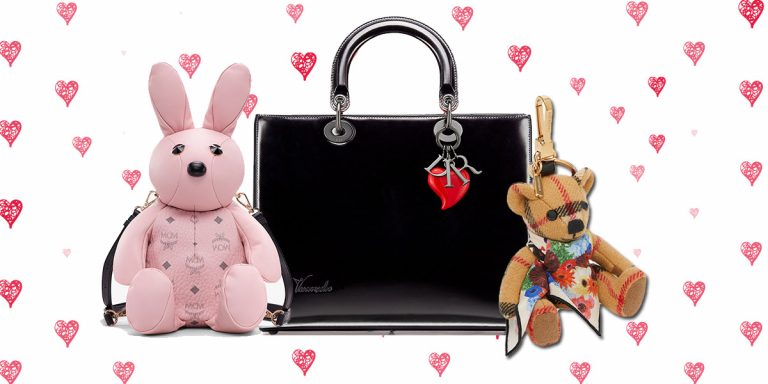 These are too cute to miss out on. 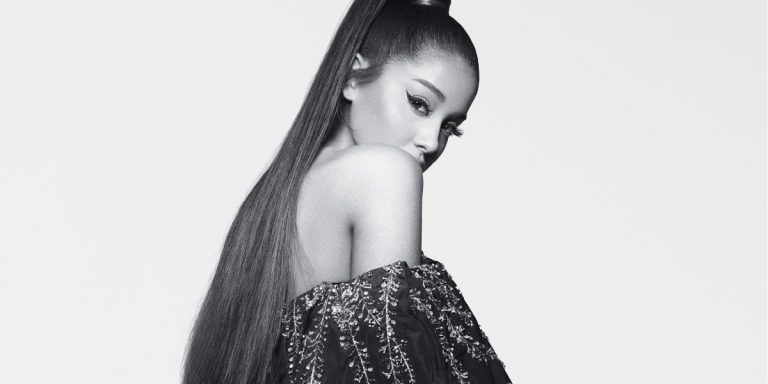 Abigail MalbonFebruary 14, 2020
This Is Not A Drill! Ariana Grande Reportedly Has A New Boyfriend

The singer was spotted kissing a mystery man. 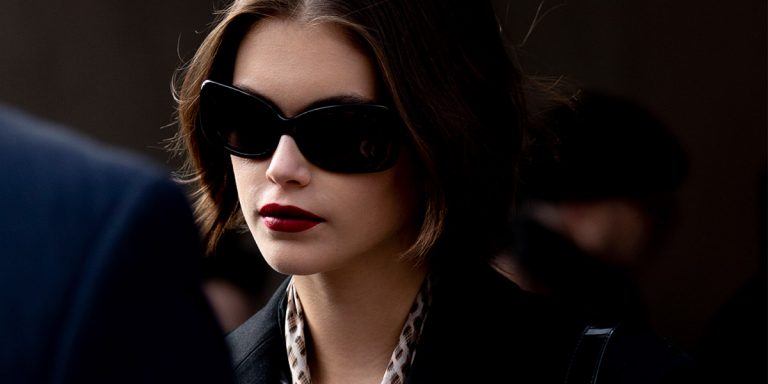 We’re taking notes of all the street style trends from NYFW this season. Madison FellerFebruary 13, 2020
Who Is The Guy Playing John Ambrose, In The To All The Boys I’ve Loved Before Sequel?

The film had us falling head over heels for Jordan Fischer.